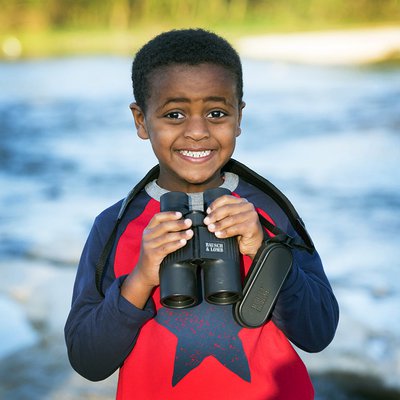 Kids love the outdoors and there’s no better adventure for them than a Texas State Park. On this episode of Under The Texas Sky’s Wanderlist, we’ll tell you about great state parks for kids and family memories that will last a lifetime.

[SPONSOR] Under the Texas Sky is Brought to you in part by Toyota, a proud supporter of Texas Parks and Wildlife Programs. Toyota, Let’s Go Places.

[NARRATION] Kids enjoy the outdoors. And there’s no better place for them to roam and explore than a Texas State Park.

On the Wanderlist, Texas Parks & Wildlife Magazine Editor Louie Bond and I will discuss some of the best parks for kids to explore and learn.

Whether it’s for roasting marshmallows over a campfire, swimming, trail trekking, or fishing in a lake or stream, we’ve got you covered.

[LOUIE] Hey Randall, I’m great. How are you?

[RANDALL] Well I’m just fine. I’m in the great outdoors recording this Wanderlist with you, and what better place to be than to be talking about state parks and specifically state parks that are great for kids.

[LOUIE] This Wanderlist originally ran in the magazine in 2016, in April. And we had called that the year of state parks, and each month we featured a different state park. This particular April issue was a favorite of mine because it was all about kids. We put Enchanted Rock on the cover. I don’t know if you know Randall but I had four kids right in a row, and I was a Girl Scout leader and all that good stuff, so we spent a lot of time camping at Enchanted Rock when they were young. We also published one of our most popular articles, Thirty-five Ways to Get Out and Play. So, the whole magazine was about getting your kids, going to a park, doing fun things outside, and even though that was 2016, it’s still super relevant today isn’t it?

[RANDALL] Absolutely, and you know I went back and referenced that particular Wanderlist. I think it was one of the first ones wasn’t it? And you recognized a specific author of that one.

[LOUIE] Yeah, all of the Wanderlists that year were written by this wonderful Texas State University professor Dale Blasingame, who I just adore. He and his dog Lucy visited every Texas State Park in 2015, so of course I snatched him up. He wrote us a story about that, but he also wrote all of our Wanderlists for 2016. After all, he was the most recent expert on them.

[RANDALL] That’s so cool. Now I know that there’s a lot of summer fun in state parks, especially we have those state parks with pools. There’s a big one out in West Texas Louie.

[LOUIE] Yeah, Dale brought us parks from all across the state, but swimming at Balmorhea in far West Texas, that’s really gotta be something that every kid would love. I remember my big sister took my there when I was about eight years old, and I was pretty unaware of geography and where I was. Later in life I wondered, where was that incredible pool that had fish in it and stuff, and that’s when I discovered Balmorhea all over again. So, one of the things that makes Balmorhea unique is that it’s fed by San Soloman Springs. And at the rate that spring flows, it can fill over 300,000 bathtubs every day. That’s a lot of water.

[LOUIE] I know Balmorhea’s been closed for repairs in recent months, but hopefully it will be open soon. Call ahead before you go. You know what kids love Randall?

[LOUIE] Of course that means a trip to Dinosaur Valley State Park to see real Sauropod and Theropod tracks in the Paluxy River bed. This is great for kids of all ages, but really, you know those little kids, those little three-year-olds who could name all their dinosaurs. They go crazy at Dinosaur Valley. You can pose for a selfie with huge dinosaur statues that are at the entrance of the park. And you can download a map to go search for the tracks that are actually in the river. And you know, when you get tired of looking at dinosaur stuff you can paddle around and horseback ride, mountain bike, geocache, a lot of great stuff and it’s only about 90 minutes Southwest of Dallas/Ft. Worth.

[LOUIE] You know another thing you think about with kid play is sandboxes, right? And what better place to play than the state’s largest sandbox, that’s Monahans Sandhills State Park. It’s kind of like our own little Sahara Desert. And you know they actually surf the sand dunes out there. I haven’t tried it yet, but it is on my bucket list. So, bring a picnic. They have explorer packs, kids can become junior rangers while they’re out there. It’s way out West for us, but it’s only a short drive if you are around the Midland/Odessa area.

[RANDALL] That’s so cool because you know one of my favorite places in the world is that big sandbox, and next to White Sands in New Mexico, it’s kind of similar you know, you can actually get these saucers that you can ride down the sandhills, and in fact, I know there’s a new display and interpretive exhibit actually at the park. It’s kind of a video game that kids can interact with and it’s called Tales From The Sandhills.

[SFX—SOUND OF VIDEO GAME TALES FROM THE SANDHILLS]

And it takes them through these interactive levels of finding water in the sandhills and then you get it by a dirt devil, and you’re trying to find rainstorms to put water back in the earth. It’s really interesting. The Exhibits folks did a great job with that.

[LOUIE] You know, I’d forgotten all about that and we even featured it in magazine. And I think it’s like a big retro kind of video game. It’s really cool.

[RANDALL] Yeah, takes you back to the days of Frogger (laughs), Space Invaders and things like that. It’s really cool.

[RANDALL] Well, you know if you want to get out of the heat, if water’s not coolin’ you off, you can always go underground, right Louie?

[LOUIE] It’s really a great thing to do in the summer. Going underground is fascinating for kids and a great way to cool off, and Longhorn Cavern is really one we would recommend. It’s just a mile and a quarter to hike down into the cave, so it’s not too much for those short little legs. Kids who are interested in science and geology are really going to love going down there and looking around at everything. For the more adventurous kids that are older than eight, there’s a wild cave tour and they’re going to get to get dirty in that one, so you have to sign up for that. Check on that ahead of time. And if you want to do something else when you’re in the area, Inks Lake is not far from the cave. It’s all about an hour and a half Northwest of Austin.

[RANDALL] Oh it’s always great to be near the water and camp with the family. What’s another great park with a lot of access to water?

[LOUIE] Well if you want water and camping, Guadalupe River State Park is just the quintessential camping spot for families with kids. When you go there, you’re going to see kids swimming, tubing, fishing, paddling. It’s just a beautiful clear spot along the Guadalupe River. And this park also has a Children’s Discover Center. So, kids of all ages can learn about all the nature that’s at the park. And the park is also now the starting point for a new paddling trail, so that can be fun for the whole family as well.

[RANDALL] For our listeners down near the Gulf Coast, what about parks down there that they could take their families and kids would really enjoy?

[LOUIE] Well, near Houston you can bring the kids to Sheldon Lake State Park and there’s a lot to do outside there, fishing, boating, wildlife watching, but there’s also an environmental learning center. And there’s a new thing there that I think kids are really going to love, the new John Jacob Observation Tower. It’s 82 feet tall. And there’s panoramic views of the wetlands around the area, and you can even see the Houston skyline and the San Jacinto Monument from the tower. There’s a lot of ranger programs to be involved with, ecology and nature, ponds, hunting, there’s just so much to do at Sheldon Lake. And it’s very close to Houston.

[RANDALL] You know the name Sheldon Lake did ring a bell. I remember reading that it used to actually be a state fish hatchery. So, if kids are going to fish, that’s the place to take them.

[LOUIE] Sound’s like a good place to catch fish.

[RANDALL] If we stay in East Texas Louie, where else can we go?

[LOUIE] Well, you know if you want to get really deep into East Texas, there’s a jewel of a park surrounding Lake Tyler. There’s great fishing for all the kid favorites like Crappie and Perch and Catfish. There’s lots of great ways to spend the night there, whether it’s a campsite or a cabin, or a screened shelter. Thirteen miles of trails there, and that includes the Whispering Pines Trail which was laid out more than 70 years ago by the Civilian Conservation Corp, the CCC, and that’s still just a really great trail for kids.

[RANDALL] Well it sounds like a lot of fun in state parks for kids all across Texas.

[LOUIE] There’s so many, we can’t cover them all. Honestly, once you get the kids away from the screen and outdoors, they seem to find fun and adventure I guess wherever they go, and if the parents are sneaking in a little education and exercise, they don’t seem to mind a bit.

[RANDALL] That’s the perfect combination Louie. Thanks so much for sharing.

[SPONSOR] Support from Toyota allows us to bring you stories from Under the Texas Sky. Toyota has been a proud sponsor of the Texas Parks and Wildlife Foundation since 2002, providing generous support to help the department provide outdoor programs for Texans and to conserve the wildlife of the Lone Star State.

[NARRATION] We’re done wandering for this podcast…but Louie Bond and I—or our executive producer, Cecilia Nasti—will be back with more fascinating things to see and places to explore in the Lone Star State.

Before heading to any state park, historic site or natural area, call ahead.

Also, keep an eye on the Under The Texas Sky Instagram account, which is @Underthetxsky. We’ll use it to notify you of some of the Wanderlist subjects we plan to cover, and give you a chance to ask questions, some of which we’ll answer on the podcast.

Under the Texas Sky is a production of Texas Parks and Wildlife. We produce our Wanderlist series in partnership with Texas Parks and Wildlife Magazine in the Media Production Studios in Austin, Texas. Yours truly did our sound design. Whitney Bishop does our social media. And we get distribution and web help from Susan Griswold and Benjamin Kailing.

Until next time…keep on wandering Under the Texas Sky. I’m Randall Maxwell.