ATHENS — The Texas Freshwater Fishing Hall of Fame committee is pleased to announce that Wally “Mr. Crappie” Marshall of Anna, Texas, will be inducted into the Hall of Fame in 2023. Marshall revolutionized crappie fishing through innovative products, tournaments and promotion of the sport. Marshall generously gives back to the fish community through his philanthropic work, teaching youth to fish and donating time and products to multiple charitable organizations and events.

“Wally Marshall’s outstanding accomplishments as a trailblazer in the sport of crappie fishing are unparalleled,” said Dan Kessler, Texas Freshwater Fishing Hall of Fame selection committee chairman. “His leadership in bringing forth new ideas and innovative products to crappie fishing and the fishing community in general are second to none. On their own merits, these accomplishments warranted Wally’s consideration for membership in The Hall of Fame. However, it is Wally’s commitment to a lifelong passion for educating current and future anglers as well as the willingness to give his time and resources back to the fishing community that resulted in unanimous support for his induction to the Hall of Fame.”

Marshall grew up in Garland, Texas, for 50 years prior to moving to Anna. Marshall’s first career was as a master plumber, but his love and passion are being on the water casting for crappie. Marshall stepped into the crappie fishing spotlight in 1987 when he won the first-ever National Crappie Tournament at Cedar Creek Lake. That tournament victory opened the door for Marshall to promote and teach crappie fishing through seminars at tackle dealers, tackle shows and boat shows, and on radio and television across the state.

Marshall inked his first sponsorship agreement with Joe Hall, owner of Blakemore Lures, maker of the famous “Roadrunner” jig. Marshall launched a crappie fishing guide service in 1989 that operated until 1994 on Lake Fork, Lake Lewisville and Lake Ray Hubbard on weekends and days off. He was the first “crappie only” fishing guide to set up shop on Lake Fork.

Marshall joined forces with Lew’s to design “Mr. Crappie” and Wally Marshall Signature Series rods and reels along with a “Mr. Crappie” fishing line in 2010. Marshall partnered with Strike King the following year to design a wide variety of specialized crappie lures under the “Mr. Crappie by Strike King” brand. As a result, “Mr. Crappie” is one of the most recognized and popular brands in the country.

In 2004, Marshall created the “Mr. Crappie Big Crappie Classic Tournament” with adult and youth divisions to encourage families to spend time together on the water. Marshall had a vision to create a show like the Bassmaster Classic for the crappie industry. Four years ago, the vision became a reality with the inception of the “Crappie Expo.” It consists of the “Mr. Crappie” $300,000 Invitational Tournament, the world’s largest crappie fry and a three-day consumer show featuring over 100 exhibitors, including lure and tackle companies, boat manufacturers and tackle dealers.

Marshall has garnered numerous honors and awards throughout his career:

In addition to his professional accomplishments, Marshall is committed to introducing kids to the sport of crappie fishing. He has donated numerous fishing trips to youth organizations over the years and took youth fishing from the Buckner’s Children’s Home in Dallas.

Marshall has donated thousands of dollars of “Mr. Crappie” rods, reels and lures to youth organizations, schools, churches and the Boy Scouts. He was involved with the Garland Police Departments’ Mad Dog Fishing tournament that raises money for fallen officers’ families. He also donates products and his time to police and fire department functions and fundraisers.

“When I was approached to be nominated, it was a surprise and an honor,” said Marshall. “I look at the years gone by and all the things I’ve been blessed to do in Texas and abroad. I think about all the people I have met who helped me get to where I am at today as the 2023 inductee. You don’t really know how many people you actually touch through your work and I’m grateful that I get to represent Texas in the Hall of Fame. My motto in life and in business is “Whatever It Takes To Get It Done.” I wasn’t looking for success but I worked hard at it — the reward is having the honor to be included in the Hall of Fame with my peers.”

Since 1997, the Hall of Fame has inducted 37 individuals and organizations, including Gary Klein in 2022. Marshall will be inducted as the 38th member during a ceremony at the Texas Freshwater Fisheries Center on Oct. 6.

Nomination forms and instructions are available online or by calling (903) 676-2277. 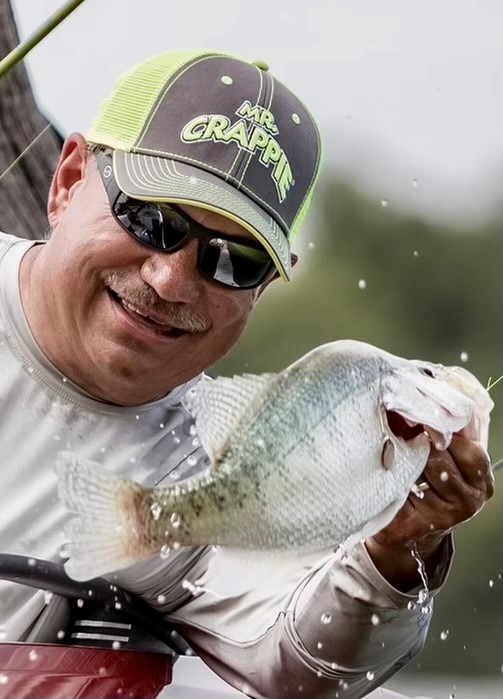